Anton Versteeg tells about his grandfather who was a doctor in

This story is about my grandfather Gerard Martinus Versteeg, who, after studying medicine in Utrecht, lived and worked in the Dutch East Indies for much of his life as a doctor, always with great skills and dedication. He was a very special person, of whom I am very proud...

I think it is important to show this piece of the history of the Dutch East Indies as well, especially now that the Dutch presence there is under discussion and is being portrayed rather unilaterally and negatively in the news at the moment.

He was born in Zeist on June 5th, 1876, the son of a contractor/ carpenter. His ancestors had previously lived in Woudenberg, where his grandfather Maas Versteeg was a miller. Before that, they had lived for many generations at Stroe in the Veluwe, where the family lived on a farm called De Steeg.

In writing this story I was able to fall back on six of his private diaries plus three expedition diaries. My sister had kept them carefully all these years, but because she had no intention of using them, she gave them to me about 12 years ago.

Thanks to these diaries, which he kept from his medical studies at the University of Utrecht (RUU) until a few years before his death in 1943, we know a lot about his time in the Dutch East Indies. Between 1920 and 1930 he worked in and around the cities of Solo (Surakarta), Kuningan and Semarang on Java as Head of the local pest control by the Dutch government.

He later returned to the Netherlands. The last years of his working life he was a medical officer at the Central Bureau of Statistics. In 1943, shortly after his retirement, he died in The Hague.

The meticulously handwritten expedition diaries were given in 2010 to the Tropenmuseum in Amsterdam (v/h the KIT, Royal Institute for the Tropics, now part of the Wereldmuseum, which also includes Naturalis in Leiden). They were kind enough to have them professionally scanned over a 1,000 pages, so that I could transcribe them.

The six personal diaries, which he has kept since 1897, were published in 6 volumes by Pumbo publishers. Volumes 1 and 6 take place in the Netherlands. The other volumes are on Java, Sumatra and Borneo.

The six private diaries are summarized below. I have placed as many relevant photos as possible, because the saying goes that one photo says more than a thousand words.

Part 1 (1897-1902) is mainly about his medical studies at the University of Utrecht (RUU), which he started after his schooling in Zeist.

Because his father had died quite unexpectedly in 1893, while still in grammar school, his family had no income and he had to borrow money from acquaintances, friends and family to pay for his studies. In this part he again describes in great detail his thoughts, feelings and philosophy of life. Also about his constant struggle to get money for his studies.

During his studies a Botanie became an important hobby. He was supported in this by his professors. This also came in handy during the expeditions to Surinam and New Guinea.

In the context of the theme of this story (Dutch East Indies), I will continue.

As a trainee doctor he took part in two expeditions to the unknown interior of Suriname in 1903 and 1904. His most important teammates on both expeditions were Alphons Franssen Herderschee (expedition leader, KNIL officer and cartographer) and Claudius de Goeie (naval officer, cartographer, photographer and during this expedition the collector of ethnographic objects).

In addition to medical care, grandfather Versteeg was charged with bringing together a collection of botanical and zoological specimens.

All three of them photographed the company. In addition to medical care, he was charged with bringing together a collection of botanical and zoological specimens. He photographed the voyage of discovery extensively.

Probably selected for his experiences as a doctor-explorer in Surinam, he would also take part in two of the three expeditions in the East Indies to the 'eternally snow-covered peaks of the central Snow Mountains in New Guinea.

Grandfather was one of the first ever to enter the snow of New Guinea. As in Suriname, he was one of the photographers of the expedition. Co-team member A.A. Pulle wrote a booklet about his experiences during this expedition: To the Snow Mountains of New Guinea with the Third Dutch Expedition. Amsterdam: Society for good and cheap reading, s.j. (ca.1921)

He describes the first years in India, the birth of his son (my father) and daughter in Bogor and Bangkinang, and the preparations for his expedition to South New Guinea in 1907. The expedition itself is described in a separate diary. In 1912 he goes on an expedition to South N.G. for the second time, this time much more successfully.

There his children, son Cees in Bogor, Java, 1908 and daughter Dies in Bangkinang, Sumatra, 1910 were born. In Sumatra, in addition to his work for the army, he also has a private practice. He also went on two expeditions to New Guinea in 1907 and 1913. After this last expedition he goes with his family on leave to Holland.

Part 3 (1914-1920) starts in Zeist, but in March 1914 he goes to the East Indies for the second time. It describes his stay in Banjarmasin on Kalimantan (the Indonesian part of the island of Borneo). He lived there for 4 years with his family. He has a successful private outpatient clinic there. October 1918 they go back to Java and come to live with Salatiga. In 1920 he goes to work for Pest Control in Central Java.

In 1922 his wife, Maria, with son Kees and daughter Dies, leaves for the Netherlands in connection with their secondary school studies. He follows them a year later, but in 1928 he goes to the East Indies for the third time, this time alone.

There were a number of medical services in India. The Military M.G.D., the Civil B.G.D. and also an overarching Central B.G.D.:D. He first worked at the Pest Control (PBs) at the MGD and then at the BGD (Burgerlijk Geneeskundige Dienst) department.

During this period he was alone in India, without his family because of the high school education of my father and his sister, my aunt. He lived on Java, and after his retirement, he joined the BGD (Civil Medical Service) department for plague control.

In part 6 (1931-1935) he goes to the Dutch East Indies for the last time, the last part deals with his return to Holland in 1931 with the ms Baloeran and the problems he encounters there in getting back together with his family.

He died on 3 May 1943 in The Hague, during the German occupation, probably of a bowel disease.

For my father it was a disastrous year, because in a short time his first wife, daughter and father died in that year. He never talked much about it. He was not a talker anyway, like so many people with Indian roots. On top of that, the Verstegen are quite closed by nature.

I was born in 1948 and unfortunately did not know my grandfather. My father did, of course, but he died in 1976. Unfortunately, I was never able to talk about the diaries with him, because I only got to see them much later.

Also, unfortunately, I have never been to Indonesia. The closest I got was when I had a stopover in Singapore, during a trip to Sydney for work.

I do love Indian food, nice pedis, so somewhere I have something of his genes...... 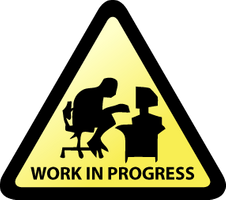 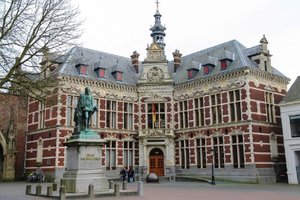 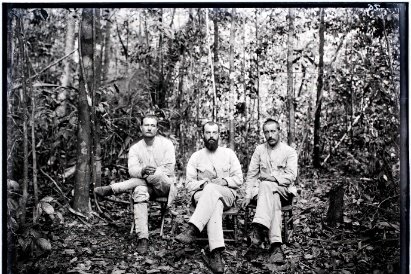 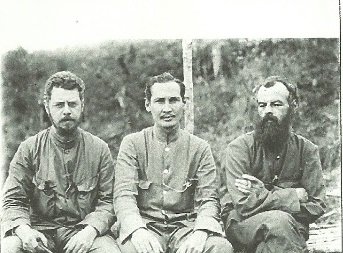 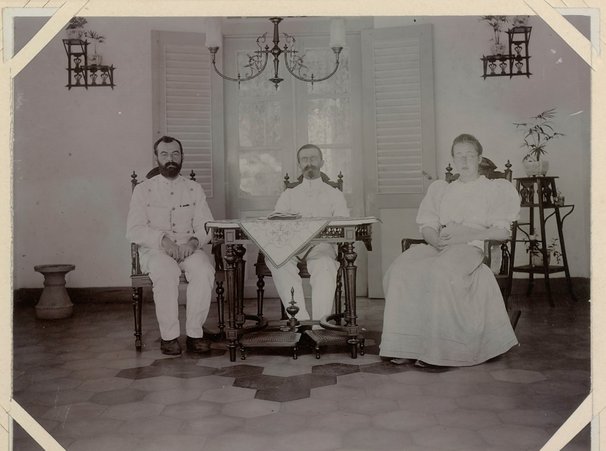 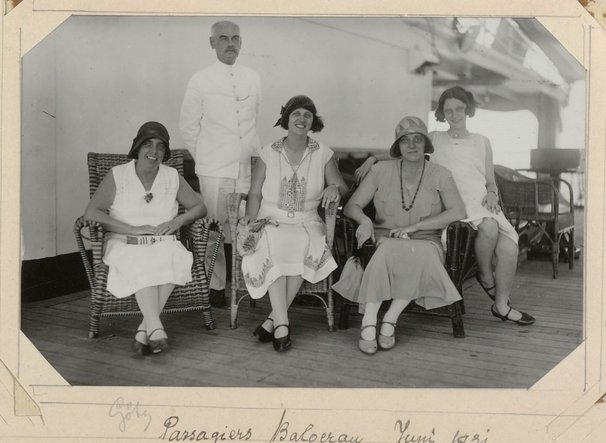 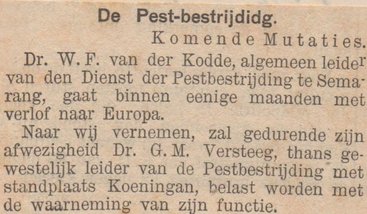 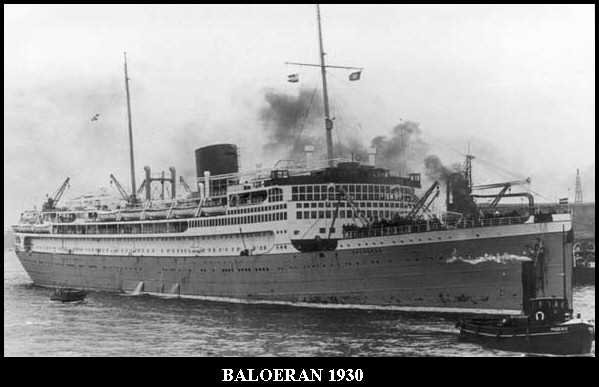 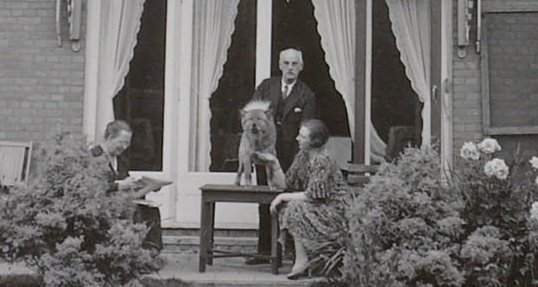