The Virtual Circle of Stories 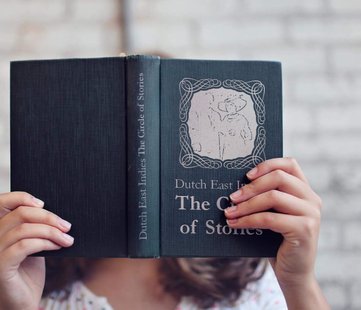 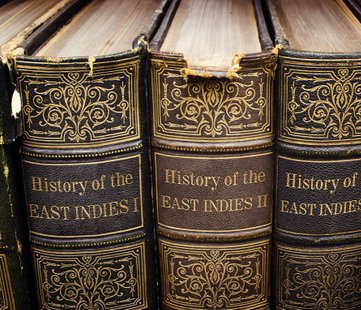 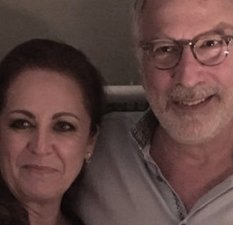 Inspired by the beautiful books "Istori Kita" and “De Lange Reis van de Poesaka”by Simone Berger, I (Guus Rozendaal) recently wrote down my father's story based in the Dutch East Indies. The story starts in 1921 with the immigration of my grandfather and his family to the Dutch East Indies to take up work in education and ends in 1958 with the forced repatriation of my father and his family back to the Netherlands.

"The Circle of Stories about the Dutch East Indies"

As a result my wife Tilly and I came up with the idea to collect more of these family stories and bring them together in one neutral place a so-called "Circle of Stories", where everyone can provide his or her story or other information. Together with those “storytellers”, we have now written more than 15 stories which have been brought together here including stories found on the internet.

None of these stories are told because the narrator thinks himself to be so interesting, but mainly because they take place against the background of periods that are very important for history. These backgrounds have changed many lives forever. Unfortunately, it has turned out that later generations know very little about them, as a result of which the generation of the pre-war Dutch East Indies is often neither heard nor understood. It is through passing on these stories as well as the background which allows, them to be understood and recorded that this understanding comes about. This is why we have also added a timeline and several hyperlinks to  a numerous amount of educational videos, on the YouTube Channel.

Since 1945, more than 300,000 people from the Indonesian archipelago have come to the Netherlands. The exodus as a result of the end of the Japanese occupation and the independence of Indonesia lasted until about 1968 and took place in 'waves' of departure. Officially this exodus was called 'The Repatriation from the Indies, but this should be seen symbolically, because for most of the emigrants this meant a definitive departure to a country totally unknown to them.

The Koninklijke Rotterdamsche Lloyd (KRL) and the Stoomvaartmaatschappij Nederland (SMN) in particular have played a very important role with their passenger ships from 1945 onwards, whether forced or not,  to leave the Dutch East Indies and Indonesia for the Netherlands. These crossings still appeal to many people's imagination, so more about this under "To the Netherlands"

This platform is fully focused on (r)emigration to the Netherlands. However, many emigrated directly or via the Netherlands to countries other than the Netherlands after the Japanese capitulation or its aftermath, in which economic motives, climate and government policy played an important role, more information to be found under "Other Destinations"

In order for this platform to stay alive and continue to grow, we warmly invite visitors to send in more material (stories, links, suggestions for improvement, constructive criticism, etc.): 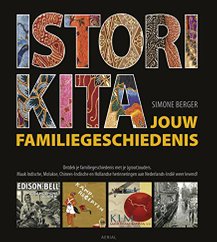 At birth, your own family history begins. You are not aware of it yet, but the stories with which you grow up will partly give you form. We inherit more than just external characteristics and traits from our parents and ancestors. History also leaves its traces and is interwoven with the history of your parents and ancestors.
Unconsciously you smelled the spicy scents that hung around in your parental home, or you heard the Malaysian sounds that coloured the language. Maybe you were fascinated by the objects that had once been brought by boat from that faraway land, or you sometimes felt that certain subjects were left undiscussed.
As a child of Indonesian parents, one day you will experience the other luggage you brought with you.
I grew up with my family's stories about life in Medan on Sumatra. On the one hand nice and exciting stories, but on the other hand I felt the influence that the forced departure had on my father, who had to leave his homeland for good when he was thirteen in 1953. His Indies youth, which consisted of freedom and barefoot mischief, he inadvertently exchanged for a chilly reception, squeezing shoes and grey skies. Even as he has passed the age of 80, I feel his nostalgia for the people who surrounded him, the nature that fascinated him from an early age and his native soil.
This motivated me to compile Istori Kita, jouw familiegeschiedenis  (Istori kita, your family history), as a guide and guidance to share and record personal stories. During the many encounters I became fascinated by the stories behind the objects from the Indies, which were a tangible reminder of the past. Together with Armando Ello I recorded over 30 stories in  De lange reis van de Poesaka, Indische tastbare herinneringen (The long journey of the poesaka,  tangible memories of the Indies).
This website wants to invite everyone who wants to share his or her story to post it hiere. The diversity of stories and backgrounds is inexhaustible. They give us an image of a past that is far away in time and distance. They offer us a glimpse into the complicated, layered colonial society and show us the various faces of the Japanese occupation and the years during and after the struggle for independence. And in the end they are about how people with roots in the Indies or Indonesia have been able to connect the best of both worlds and show resilience.
In 2020, we commemorate the end of the Second World War, 75 years ago. That was also the start of a year-long migration of more than 300,000 people to the Netherlands. Now, more than ever, we realize the importance of our roots and family history.
By sharing these stories, you ensure that they are not lost. Sometimes you give others the opportunity to lay a new piece of the puzzle. Your family history can be very close to someone's own history and provide new information.
They are the 'little' stories that connect us. For many of us it is essential to know where you come from, to understand yourself and to be able to put the stories into context.
And that is exactly what this website 'De Indische Verhalentafel' aims to do as a platform. Sharing stories from back then - our own history.